Together, we will look at feelings,
thoughts, sensations, and behaviors
as vehicles to affirmative change. 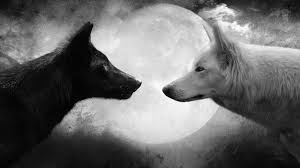 During this time we are feeling a variety of things. Often we can choose where we place our attention. This poem is a good reminder about the internal struggle that exists and how you can feed what will make you feel better in the long run.
Two Wolves
A Cherokee Legend
An old Cherokee is teaching his grandson about life. “A fight is going on inside me,” he said to the boy.
“It is a terrible fight and it is between two wolves. One is evil – he is anger, envy, sorrow, regret, greed, arrogance, self-pity, guilt, resentment, inferiority, lies, false pride, superiority, and ego.” He continued, “The other is good – he is joy, peace, love, hope, serenity, humility, kindness, benevolence, empathy, generosity, truth, compassion, and faith. The same fight is going on inside you – and inside every other person, too.”
The grandson thought about it for a minute and then asked his grandfather, “Which wolf will win?”
The old Cherokee simply replied, “The one you feed.”
Here is the same story, but it is called “Grandfather Tells” which is also known as “The Wolves Within”
An old Grandfather said to his grandson, who came to him with anger at a friend who had done him an injustice, “Let me tell you a story. I too, at times, have felt a great hate for those that have taken so much, with no sorrow for what they do. But hate wears you down, and does not hurt your enemy. It is like taking poison and wishing your enemy would die. I have struggled with these feelings many times.”
He continued, “It is as if there are two wolves inside me. One is good and does no harm. He lives in harmony with all around him, and does not take offense when no offense was intended. He will only fight when it is right to do so, and in the right way. But the other wolf, ah! He is full of anger. The littlest thing will set him into a fit of temper. He fights everyone, all the time, for no reason. He cannot think because his anger and hate are so great. It is helpless anger,for his anger will change nothing.
Sometimes, it is hard to live with these two wolves inside me, for both of them try to dominate my spirit.”
The boy looked intently into his Grandfather’s eyes and asked, “Which one wins, Grandfather?”
The Grandfather smiled and quietly said, “The one I feed.”
Source: https://www.firstpeople.us/FP-Html-Legends/TwoWolves-Cherokee.html
739 Views

Next up on blog